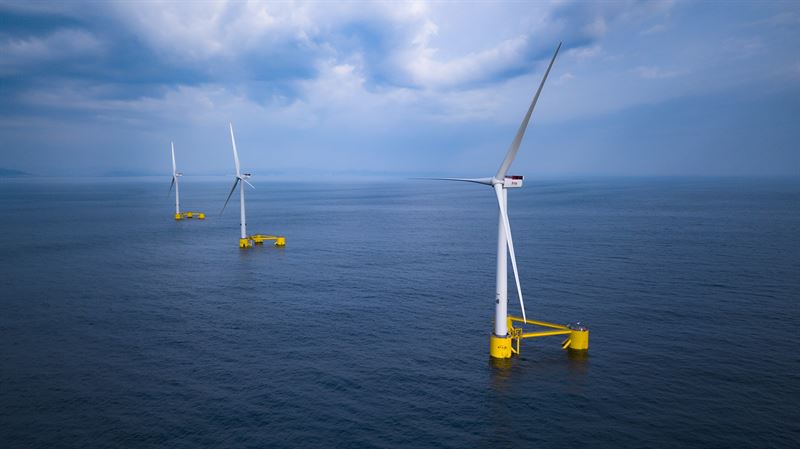 NOT FOR RELEASE, PUBLICATION OR DISTRIBUTION, IN WHOLE OR IN PART, DIRECTLY OR INDIRECTLY IN ANY JURISDICTION IN WHICH THE RELEASE, PUBLICATION OR DISTRIBUTION WOULD BE UNLAWFUL. THIS ANNOUNCEMENT DOES NOT CONSTITUTE AN OFFER OF ANY OF THE SECURITIES DESCRIBED HEREIN.  Reference is made to the previous stock exchange announcements by Aker Offshore Wind AS (“Aker Offshore Wind” or “AOW”) regarding the contemplated merger with Aker Horizons ASA (“Aker Horizons”). The merger will be carried out as a triangular merger whereby AOW will merge with Aker Horizons’ wholly-owned subsidiary AH Tretten AS as the surviving entity and Aker Horizons will issue consideration shares.

The creditor notice period for the merger will expire at midnight on Thursday 16 June 2022. Provided that no creditors have objected to the merger by such time, the merger is expected to be completed after close of trading on the Oslo Stock Exchange on Friday 17 June 2022 (the "Effective Date"), which accordingly will be the last day of trading in the AOW shares on Euronext Growth (Oslo).

The consideration shares are expected to be delivered to the eligible shareholders through VPS on or about Wednesday 22 June 2022. Fractions of shares will not be allotted, and the number of consideration shares delivered to each eligible AOW shareholder will be rounded down to the nearest whole number. Excess shares, which as a result of this round down will not be allotted, will be issued to and sold by DNB Markets, a part of DNB Bank ASA. The sales proceeds will be given to Aker Horizons, which will give the sales proceeds further to charity.